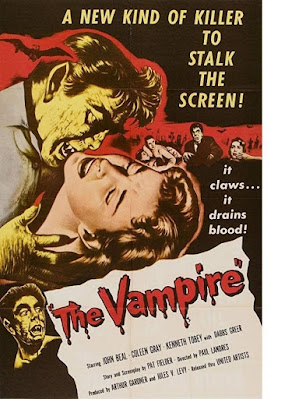 Tales of murder and supernatural threat have existed as long as human beings told each other stories, but the development of these subjects as a literary genre had its origin in the work of Horace Walpole (1717-1797). A wealthy, aristocratic eccentric and son of a powerful British Prime Minister, Walpole turned his obsession with medieval ruins and manuscripts into a new form of fiction. His “Gothic” stories became wildly popular, inspiring a wide variety of writing and, eventually, into other media: notably, the horror film
True to its beginnings, the Gothic and its descendants have frequently inhabited the same haunted castles. This became less the case over time, so that by the Victorian era, writers like Robert Louis Stevenson and even Bram Stoker had brought horror to their working class readers, placing it in a contemporary world not so reliant on ancestral mansions or familial curses. The protagonist of the thriller The Beetle (1897), by their contemporary Richard Marsh, is a young woman who works in a London department store. Nonetheless, for much of its history, the literature of terror focused on the nobility, or at least the well-to-do, set in landscapes drenched with history.

In the United States, where class distinctions were always less rigid, there was still an early emphasis on tales involving wealthy families and inherited estates, as seen in the work of Nathaniel Hawthorne, Charles Brockden Brown, and much of Edgar Allan Poe. Following that tradition, the early Universal monster films and their imitators were largely set in the U.K. and Europe, an “old world” full of traditional imagery, architecture, and social patterns with lords and ladies on one side, servants and peasants on the other.

By the late 1950s – a time period associated in the popular imagination with a new prosperity and the flourishing of perceived “all-American” values -- films began to be made in which elements of the traditional Gothic are translated to a vision of wholesome, clean-cut, then-contemporary small-town America. One of the earliest examples is 1957’s The Vampire, directed by Paul Landres, written by Pat Fiedler (her first screenplay), and starring John Beal and Coleen Gray.

The prolific Landres’ more recent work in films and television had been in the particularly American genre of the Western, and, in the same year as The Vampire, a TV version of the long-running American comic strip, Blondie. He and Fiedler would collaborate three times in two years on genre projects, following this up with both the sci-fi horror of The Flame Barrier and another small-town American Gothic, The Return of Dracula, in 1958.

The Vampire’s poster advertised “a new kind of killer to stalk the screen!” This is a complete exaggeration, but also kind of true. Some elements of the storyline are reminiscent of the more famous I Was a Teenage Werewolf, and strangely, both films were released in June of the same year. The Vampire places the same central metaphor -- a scientific experiment causing reversion to a state of beastly, primitive instinct -- not on a hormonal teenager, but on a respectable middle-aged man.

Genial Dr. Paul Beecher lives in a pleasant small town where no one is a stranger. A single father, he dotes on his pre-teen daughter, who in turn cooks his meals and fusses over his well-being, in between the piano and ballet lessons she receives in lieu of payments from patients he’s told to not worry about their bills. But before long, chaos is introduced into this orderly world.

The picturesque streets, lined with leafy trees and white picket fences, become the site of terror, as residents meet brutal violence and death at the hands of someone they have known and trusted for years. All it takes is a single trivial mistake, mixing up some dangerous experimental pills with a dose of migraine medication, to turn an ordinary man into a monster.

Not far into the film, Paul becomes aware of what’s begun to happen to him: a Jekyll and Hyde-esque transformation with a vampiric edge,  causing him to attack others in an amnesiac state, leaving two puncture wounds on his victims’ necks when he attacks them. As scientific advancement began to supplant religious faith as a means of explaining life and the human condition, science becomes the source of the transformation to an evil being, rather than a curse or other supernatural cause.

Although there are scientific researchers at the scene who might be able to help, including one of his oldest friends, he keeps secret his exposure to the drug causing his devolution, and tries to manage the effects on his own. While he has the presence of mind to send his daughter to live with relatives, in a realistically heart-wrenching scene, his refusal to admit his weakness puts others in mortal danger.

There are hints that Paul is acting on impulses he has long repressed in his roles as a father and a professional adult embedded in a community. While his attacks are, refreshingly for the genre, not limited to attractive young women, the first attack is exactly that. Later, the scenes of most sustained tension involve his stalking Coleen Gray’s Carol, the lovely nurse who works for him. While he has maintained his decorum, treating her as an assistant and friend, a running joke shows he has also tried to keep other men from meeting her, which suggests he would secretly like to keep her for himself. Only after his transformation can he show that interest, in an ugly and aggressive way, much the same way it allows him to snap impatiently at his daughter.

The doctor’s situation parallels the classic werewolf scenario, in which a decent man is overcome by violent animal instincts. What sets him apart as a “new kind of killer” is his position as an eminently responsible man in a quaint, recognizably ordinary American town. The killer isn’t a stranger, come from without, but one who is solidly from within the seemingly safe, cozy community. 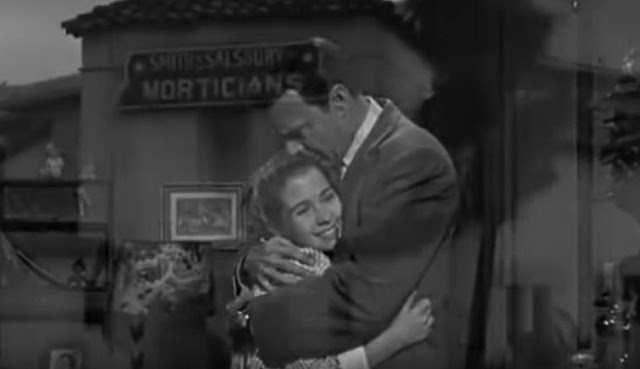 As such, this film brings horror into the world of everyday Americans in a way that recognizes that world’s contradictions, an idea that would be developed and refined in the years to come.

Posted by Anarchivist at 3:39 PM