Back in May, when I posted the contents of this strange '70s artifact I happened to come across, I had no idea that in a few months, the idea of 1970s cassette tape mixes of random, mostly dumb music would suddenly be all the rage. 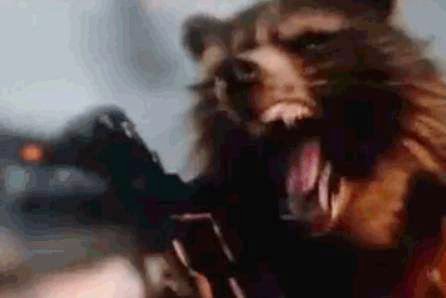 I knew very little about Guardians of the Galaxy, and am pretty sure I hadn't even seen that first trailer yet, which prominently featured "Hooked on a Feeling." I've been hearing that song since I was 10 years old, and in the trailer, the inexplicable "Ooga Chaka" chanting finally made perfect sense as the backdrop to space battle mayhem and an angry raccoon shooting a large gun. It works great in the movie itself, too.

Similarly, decades of being subjected to the awfulness of "Escape (The Pina Colada Song)" suddenly became retroactively worthwhile, thanks to the scene with a blue-skinned alien bobbing his head to it ... and the movie's hero risking his life for a Walkman with such terrible music on it. (To be fair, there was good music on it, too, like the a propos "Moonage Daydream," and "Ooh Child.")

When I look back on my life, at least I can be grateful that I wasn't whisked into outer space with nothing but my own mix tape to listen to, because I'm pretty sure I would have gotten sick of the Paul Anka.

There's already speculation about what songs will appear in the next film (see Nerdist's list here; people are also making wish list playlists on YouTube). In an interview, the director suggested they might not go in the same direction with the next soundtrack, making all speculation for naught. However, since I'm of the same vintage as the fictional character who made the original mix, I feel my two cents is worth at least four, and I might as well jump in for fun with a few suggestions.

I would definitely include "We're an American Band," by Grand Funk Railroad, a huge favorite from my childhood. I think Peter Quill would love this song, and it would play into his self-mythology as an outlaw "from a planet of outlaws."

Sonically, "Bennie and the Jets" (Elton John) seems like it would fit right in, although it might be a little too on the nose ("Oh, but they're so spaced out.") That's also the problem with Sweet's "Fox on the Run," another of my faves from the era, which merges both the classic rock and glam rock styles. It might be a little too appropriate for the kinds of situations the crew is likely to get into. I tend to go for the unexpected ... but on the other hand,"Moonage Daydream" could have been written for its scene in the movie, so maybe I'm overthinking it.

And since Peter's mom clearly had a soft spot for schlock, I feel like that has to be represented. What I keep coming back to, God help me, is "Copacabana."

Those of you who read my previous post totally know this is coming. But since I'm sure someone will be trying to destroy the universe in the next Guardians movie, I do think the apocalyptic tone of Stonebolt's "I Will Still Love You" would be perfect for Starlord's Awesome Mix Vol. 2. So listen up, James Gunn!

I will also note, as a point of historical curiosity, that the most common cassette formats in 1988 were 90 minutes and 120 minutes long (45 minutes and 60 minutes per side, respectively). 60-minute cassettes were available, but the average mix would probably have been made with a 90-minute blank tape. The official soundtrack contains just under 44 minutes of songs, and at least one of them, and possibly two, are from the second tape. So it's extremely likely that the Awesome Mix Vol. 1 contains songs that haven't been identified yet, and we should all feel free to mentally fanfic our choices in!
Posted by Anarchivist at 10:43 AM 1 comment: