"Christmas Evil" is "Joker": only better!

Welcome to my seasonal hot take, based on a recent re-watch of the 1980 classic Christmas Evil, in its clean and shiny new Blu-Ray form, where it looks unexpectedly beautiful. Thanks, Vinegar Syndrome, you're the best! While I enjoyed the movie in the past as a mix of campy violence and late-70s grittiness, this time I was struck by the story's resemblance to the 2019's critically acclaimed Joker. Maybe that very acclaim made me rethink it. 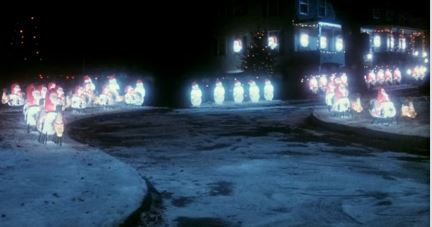 So hear me out. Both movies are character studies about mentally ill loners, living realistically drab lives in uncaring cities. Under stress, the obsessions that sustain them develop into full-on delusional states. As they begin to act out their fantasies, some people view them as in some way heroic, which reinforces their delusions, and since the audience is inside their perspectives, we're inclined to sympathize with them, even though they start committing murders. 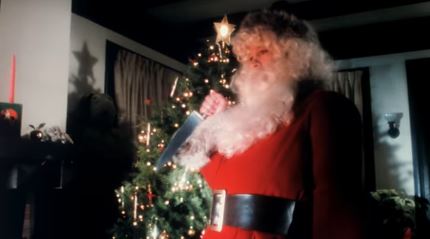 For me, Christmas Evil is a much more subtle and nuanced take on this basic shared story. It doesn't feel the need to over-dramatize the plight of hapless Harry, who mostly just wants to believe that Santa Claus is real, even if he has to become Santa himself to make that happen. He has a decent job, with a recent promotion, and a tense but intact relationship with his brother. Some of his co-workers rag on him, but others are friendly. People think he's a little strange, but especially in the build-up, it's not over the top. This provides a much better depiction of mental illness. For him, it's a low-key background radiation in his life that eventually comes to dominate him.

Joker, by contrast, gives its protagonist Arthur much more dramatically visible symptoms, and really piles on his problems and traumas. After all, he becomes the Joker, or at least a Joker, with all the flamboyance that suggests. The Joker is always in some way over the top. It's not even necessarily unrealistic, but it feels a lot broader, a lot more obvious. And that's the difference between a film that's trying to evoke a late-70s New York feeling, and one made in the late '70s, with New York actors in real New Jersey locations, during a time when a film like this could be made without any glossiness. Christmas Evil is an absurd story full of campy violence (and that torch-wielding mob is still a wonder to behold!), but I think it succeeds in doing what Joker was trying to do, in a more grounded way.

Too bad it never got its Academy Award nomination. 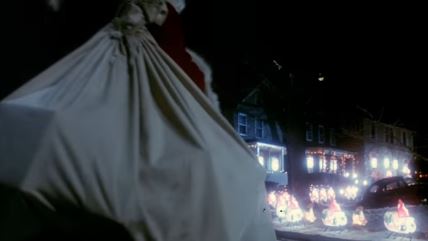 Posted by Anarchivist at 8:47 AM No comments: